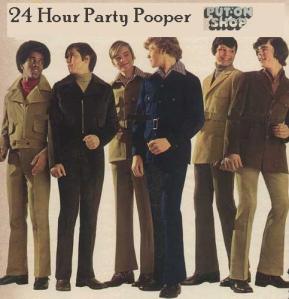 I’ve been slammed busy for the past couple of weeks but now with nothing, really, to do except keep myself busy with various projects I want to do (as opposed to have-to-do) we’re back.

Around his time of year, every year, without fail, everyone makes up “best of” lists which tend to be more of a shopping guide than any real critical assessment of the records from the past 12 months. Because I’m cranky and tend to fall regularly into the contrarian column let me just say you won’t see any of that around here. What you will see, though, is a list of the WORST records of the year. A “do not buy” list, if you will. But that’s for later.

For now, let me clean out my in-box by providing you with a veritable truck load of deep linked, promo MP3s. None of which will receive any critical commentary and it should not be assumed by their inclusion here that I endorse any of them. Except for that Homosexuals track. You should grab that one. I’ve just got them laying around and thought you’d like ’em Whatever, dude. They’re FREE!

MP3: We Landed On The Moon-The Night Was Open

MP3: Quitzow-What Time Is It?

MP3: The Faint-Geeks Were Right

MP3: Benji Hughes-You Stood Me Up

I’ll be loading you up with stuff for the rest of the year, too. So prepare to get right-clicky.

2 Responses to And we’re back.