On The Inside Looking Inside 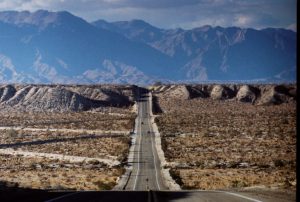 When I was a teenager one of the biggest thrills for me was listening to Atlanta-based college radio stations like WREK and WRAS (which was always a little more “pro” than WREK but not nearly as much as it is now.) I would listen intently with a blank cassette in the stereo and just record hours of radio broadcasts and listen carefully for the DJ to back-announce the records. Then I would make lists of what I liked and take it to the record store with me. A lot of times getting my hands on a record I wanted was a weeks-long process. This activity and method of finding bands, I discovered later, was pretty common among fans my age across the country. The thing was, though, that this happened with such a degree of isolation that each record, if it lived up to my expectation, became a private treasure. Such was the extent of cultural-separateness (well, really, only before I had a driving license) that I was actually mildly shocked when I got to see Husker Du (at age 15, no less) and they played to a packed house. Sure, I knew other people knew of them (hell, I had discovered them on college radio where they were already gods and they were on freakin’ Warner Bros. by that time…) but I had internalized their music to such a degree that they felt like my own.

All of which is to say that Austin, TX band The Gary sent me into a memory warp a few weeks ago when I started playing its EP Chub regularly (although I’ve still never gotten used to a seven-track record being called an EP. That’s long enough for an album, if it’s good, for me anyway. But I digress…)

The trios sparse, pure sound, which is at once timeless yet distinctively American-indie, is supported by its lyrics which are easily among the best I’ve heard in a while. Weirdly enough my favorite track on the record is one of the same ones the promotion company handling the record highlighted for attention (which would be a great jumping off point concerning the ironies of my speaking the gospel of this record being a possible second-act to my teenage fantasy world described above, while ignoring the fact that I would likely have never heard it unless it was mailed to me by a company seeking the very publicity I’m giving it. Yes, that’d be a good point to make, and I think I’d like to, but not right now.)

I’ve played this record, easily, 25 times through. I don’t even think I’ve ever played a frickin’ Beatles record that many times. It won’t change your life, and I don’t expect it to change mine, but it has informed the past few weeks. And, maybe, since that’s the case, it did change something. I dunno. I just know that this is the first record I’ve gotten from out of nowhere in a long time that actually made me feel something. Hell, it inspired the first major writing here at 24HPP in several weeks so that’s gotta mean something, right? Yeah, ok, well…

Although the whole record speaks, not to disillusionment exactly, but to a clear vision of a devastated cultural/industrial landscape, it’s really on “Damn Machines” that The Gary makes its point. The entire lyrics are:

You can have your damn machines

The thud, clunk, bump and repetition

The sick-somber mood, the fallout and hypnosis

The long commute, the worry and reluctance

The morning sun a nuisance from above

It exists for a higher thing

Not to facilitate the grind of damn machines

Which, in the end, I imagine he is.

2 Responses to On The Inside Looking Inside