The Indie Cred Test & Why We Care

Several issues, and years, ago Chunklet Magazine ran a feature whereby readers could apply for their very own “Cred Card” issued by, who else, The Bank Of Indie Cred. Earlier this year, the idea was expanded into a 200 page book that quizzes readers in every conceivable area of “indie cred” (samples? “Do you argue with people who follow recipes?”, “Have you ever been personally responsible for a band getting fired from a label?”, “Has one of your heckles ever silenced the room?”).  It’s a massively funny and surprisingly broad laugh-fest. As expected, all sacred cows are slaughtered and the pigs never had a chance.

When the idea to interview my old friend Henry Owings about The Indie Cred Test popped into my head I had a grand delusion that I’d be able to get down to the meat-n-bones of exactly why such a thing resonates with certain people. That is, what is it about “credibility” (as a reality) that we crave and seek out yet also mock and scoff at (as a concept)? Well, we explored that a little bit but not much. Actually, we didn’t really discuss the book itself at any great length but I think our conversation does reveal some insight into the attitude behind the book.

What you’re about to read is really a conversation between a couple of dudes who have known each other for almost two decades, been band mates together, gone through periods of acrimonious acquaintance with each other and, ultimately, landed in full adulthood as long time friends. As it stands, I’m much happier with the way this turned out that the way I planned it.

(This conversation took place over Facebook Chat while Henry was anticipating his infant daughter waking up at any time. So we made the most of our chances.)

Gordon Lamb (24HPP): There ya are. Just sent a message telling you how to sign in.

24HPP: That’s cool.  I don’t really either but it works well.

H2O: [My wife] does, judging from the twenty IMs I’ve gotten in the last few minutes

24HPP: I know it’s not your thing. I read that Pitchfork interview you did once.

H2O: Dude, yeah, that was insane. Nobody ever believes me that it was done via iChat. I still have the transcript because I was misquoted. Hard to believe, huh? Via iChat?

24HPP: That’s the whole idea of doing it via chat, i.e. to not misquote!

H2O: I think because I can type like a motherfucker. I was over-typing and was referring to things earlier [in the interview] or whatever. Anyway…

H2O: Yeah. You know I’m like a furious typer.

24HPP: I’m an awful typist. I even took typing in high school.

H2O: Best skill I ever got from junior high school. Thank God something stuck.

24HPP: Well, let me ask you then: why didn’t you ever go to secretarial school? I mean, you’ve got the legs for it!

H2O: Yeah, I’ve got killer thighs. Anyway, what did you think of the Flagpole piece? It seemed kinda condescending. Or patronizing.

END_OF_DOCUMENT_TOKEN_TO_BE_REPLACED

To Hum Their Song Again

I haven’t paid attention to any records in the past two weeks other than David Comes To Life by the ten-years-old-this-month Fucked Up and JEFF The Brotherhood‘s We Are The Champions. OK, so only two records in two weeks is very much on the slow side of things and it’s not because there weren’t other good records that came out. It’s just that I care about these more than those and I really couldn’t be happier that these two bands, touring together now coincidentally, are really exploding in the States. For the first time in a long time I’m not reacting to mainstream press coverage of bands I’ve liked for a long time with “Oh, now you’re paying attention” but, rather, “Glad to see this getting further out there.”

Honestly, David Comes To Life is the type of thing the music press loves to cover. It gives them a chance to say things like “epic” and “rock opera” and “concept album”, along with having a justifiable reason to place the word “fuck” into a headline, and not be writing about an Emerson, Lake & Palmer reissue or interviewing Pete Townsend. So, even though the album is dutifully incredible there was no chance it was going to be ignored.

The attention JEFF The Brotherhood has gotten lately is something to be celebrated.  These two guys, Jake and Jamin Orall, have put out records by themselves via their label Infinity Cat, and others (including Athens’ Ham-1 [<–warning: that’s a MySpace link]) for years, toured relentlessly and never strayed from the guitar-n-drums setup that works so well for them. I first wrote about them a little over 2 years ago. Due to limited space I couldn’t really expand on how great they were as a live band and, obviously, I’m not really doing that here. So, look at this, why don’t ya?:

We Are The Champions comes out next week and NPR is streaming the whole thing until then so go listen to it.

Also, even though this has been posted everywhere I figured it wouldn’t hurt to give this to you to stream also. Enjoy!

MP3: Fucked Up-Queen Of Hearts (download it via that tiny little arrow on the right side of the streaming box)

(If you’ve got $12 or so to spare you could do a lot worse things with it than grabbing a copy of the Fucked Up bootleg Coke Sucks, Drink Pepsi , recorded at Atlanta’s EARL in January 2009, that ‘ol Unca Hank at Chunklet put out this spring.) 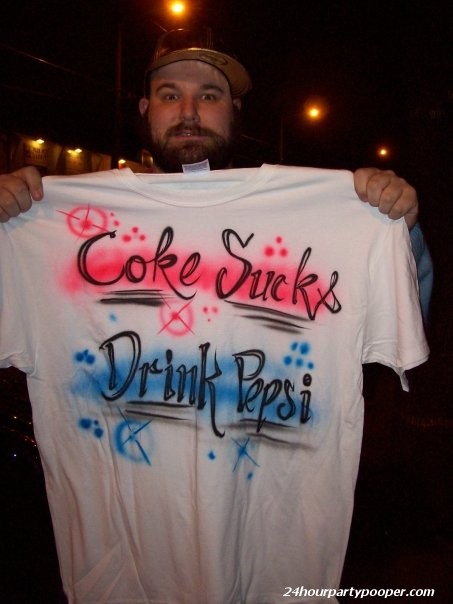 Get In The Wagon!

Dangerous Minds wins the blue ribbon for best typographical error. Yep, them dusty ‘ol Black Flag boys sure were breaking ground back in the late 19th century. Hardly anyone could stand ’em but no town pokey could hold ’em. They’ll always be remembered by their rallying cry: Get In The Wagon! There’s gold in them thar hardcore hills!

Watch this handy infomercial and have your mind blown. If you’re at work you may take the rest of the day off.

Got To Be Real

Look, I don’t care what you want to name your stupid song but there should come a time in the cycle of writing, recording, releasing and video-making where someone says, “Hey, wait, this title is way too iconic and automatically associated with someone else for us to use.” Think “Born In The USA”,”Back In The U.S.S.R”,”Blue Suede Shoes”, etc.

Well, apparently absolutely no one in The Rapture‘s camp could be bothered to think at all because here’s the troupe’s new jam improbably titled “How Deep is Your Love?”. And it’s not a cover of the Bee Gees‘  love theme from 1977’s Saturday Night Fever. Nope, it’s their own, new thing. I’ve listened to it a couple of times and it’s not all that bad as far as it goes but I can’t get past the title.

OK, yeah, maybe just maybe there’s some sort of really smart in-joke here whereby NYC’s The Rapture steals this title from one of the most popular songs from one of the most well-known “New York” movies of all time. Considering 99% of Saturday Night Fever takes place in Brooklyn (specifically Bay Ridge which is –admittedly– pretty far away from the Williamsburg/Bushwick/Bed-Stuy babysitter’s club) there’s the slight possibility that somebody somewhere thought this would be a very funny thing to do in a sort of “let’s see how many McCarren Pool partiers will pick up on this?”  Maybe this is all just too clever for a body to take in.

TopShop is trying to sell this hideously gross “festival wear” but the kids in America won’t go for this, will they? We know THE MAN can’t bust our music! Oh, wait, nevermind…

No More Sweating the Big Stuff 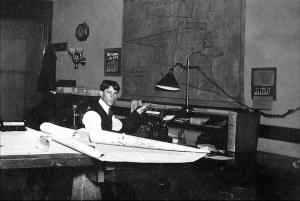 I always spend too much time thinking about what I want to do instead of actually trying several things until I find what I’m looking for. I’ll spend weeks thinking of pieces to finish and post here but many (hell, most) lose their steam after a month or so and I talk myself out of writing them at all. Every now and again I’ll spend a few hours fiddling around with layouts and such and convince myself I’m doing very important things.

Mostly, though, I read a lot of other writers. There’s a lot of good stuff going on out there. Loads of thoughtful, educated voices that seem to have no problem producing 10,000 word pieces on things I’m actually interested in. If I’m honest with myself I know that these folks aren’t pumping out this stuff every day. Their publications have tons of writers and each only publishes something of heft once every few weeks. But when I look at the pitiful amount of writing I actually complete I convince myself that these other people are literary übermensch and I’m barely treading water.

What this all means is that I’m going to start spending less time sweating huge pieces and start trying to finish any piece. It’s unreasonable, anyway, to think that everything has to have a book written about it. Some things is worthy of mention even if that mention is limited to a paragraph or less.

Oh, yeah, I’ve been listening to the new Lady GaGa record all week long. So there.