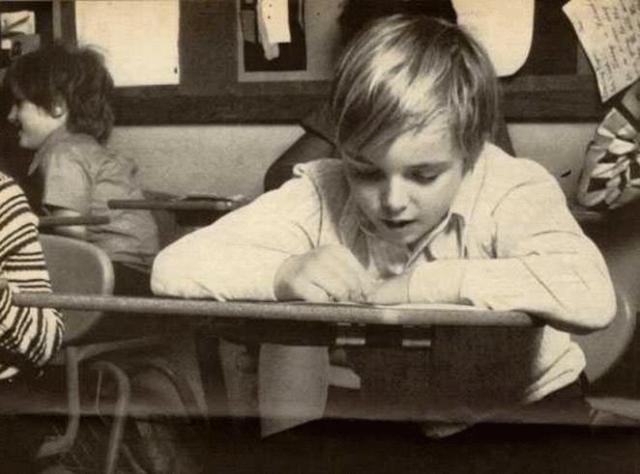 Eighty percent of success is showing up.
-Woody Allen

The more I read stuff published online the more I realize what’s really been true since one man did something another man chose not to do. That is, the culture isn’t always shaped by the people who are the brightest, most knowledgeable and articulate but, rather, by those who bother to show up.

God knows the world doesn’t need another glad handing record promoter or another curmudgeonly rocker dude. In Athens, a town I love so much I could run for mayor on pure enthusiasm alone, it’s basically an open secret that our bands don’t need their asses kissed any more. I’ll encourage the hell out of young upstarts that are sincere and catch my ear. But don’t ever ask me to give any credence to uncreative, careerist “musicians” that have spent their entire existence aiming for the middle. If I never hear another record by dopes like that it’ll still be too soon. I don’t even need to name names here. These guys know who they are. And I suspect that, deep down, they know they’re bullshit. But maybe that’s giving them too much credit. And that’s all I care to talk about right now concerning that.

Another thing that’s been on my mind lately is this maxim: a writer writes.

Ok, yes, that’s true. It’s pounded into the mind of everyone who has ever taken a creative writing course. What writers never seem to grasp is 99% of what you write is worthless, save for the satisfaction of hearing your keyboard clack away. Also, I guess, save for the fact that writing takes practice. But my point is that no band (except a Bob Pollard-related project and maybe Smokedog) thinks it’s a good idea to release a recording of everything they practice. Neither should blog owners think that everything they write is publishable. It’s not.

Most of it isn’t even close.

None of which is to say that this piece you’re reading right now is any better. I didn’t write a rough draft of this and it’s probably gonna be published as soon as I’m done typing it. But, beyond that, dammit if I’m not going to try. I try my best to ignore the glut of garbage that fills my eyes every time I poke around on music & culture blogs/websites everyday. Nearly without fail the only ones that feature any kind of real, meaty content are the ones structured like traditional publications. You know, with editors and fact checkers and research staffs. All that old-media stuff that has been blasted out of the water by the insatiable desire for instantaneous gratification.

Can a person police himself? Sure. But not if they’re convinced that in order to have a decent site or profile they must publish every dropping they happen to plunk out. (And don’t even get me started on people who think Twitter is a substitute for real news reporting. 140-character, out-of-context blurbage is not writing. Useful? Sure. A decent jumping off point? Absolutely. A substitute? No way. [Yes, I admit it got news out of Iran. I’ll also cop to its power to sink a movie via instantaneous reviews. I do love its subversive potential and actuality.] By the way, you can follow me here.) But, I’m not a news writer on here anyway so please forgive the digression. Aw, fuck it, I don’t care. Don’t forgive. Whatevs!

I’m trying to get myself back to the point where I used to be. The point where I had the energy to write because my brain and eyes hadn’t been battered to exhaustion by piles of Internet crap. Piles and piles and endless streams of garbage flickering all day.

I’m a (admitted) contrarian. I no longer argue for the sake of arguing but this nature was manifesting itself in the form of sheer avoidance. The idea was that if there’s such a glut of crap out there why would I want to participate in the medium that it populates? No, it doesn’t make sense.

But it still always bugs me even when I’m too tired to do anything about it. This isn’t an open challenge to anyone but myself and I honestly hope no one is reading past this point. I’m publishing this for me. To combat my laziness and avoid becoming one of those old farts that is always saying things like “back in my day…”. What a sad pack those guys are.

Music/culture writers, I hate you. Except for the ones I don’t and there’s a good handful of those. The same goes for music/culture blogs. If there’s anyone out there reading this just stop. Please. Stop now. This isn’t for you. This is for me. Sure, I could have written this privately but that would do a person like me no good. Publishing it is like hanging a shingle. This is me fighting my laziness, my malaise. Fighting every temptation I have to hang it up and convince myself that the art of well-crafted, self-published material has gone down the toilet.

This is me showing up.

3 Responses to Showing Up